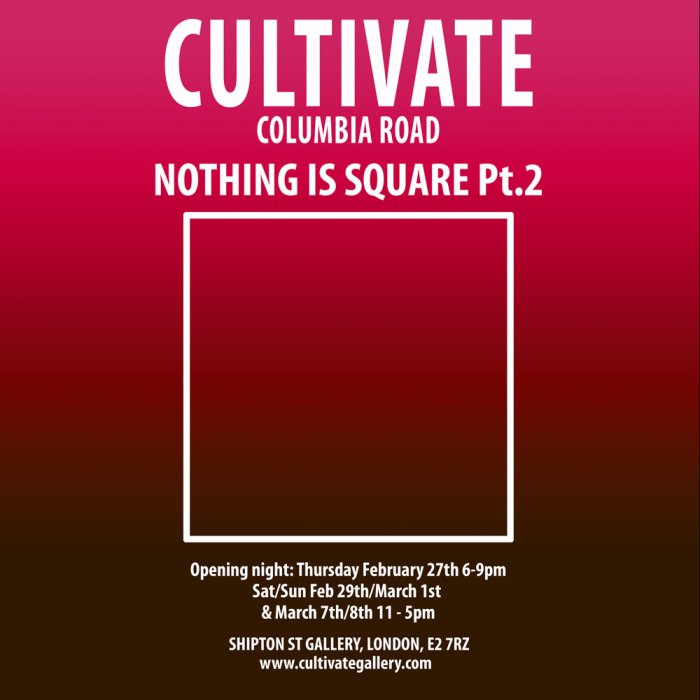 What are we doing then? Well, kicking off at the end of February, Thursday evening February 27th to be exact, with the Nothing in Square Pt.2 show, we have three gallery shows happening in March. The three shows will take up the whole of March and make up the fourth and almost certainly final set of takeover shows at Shipton Street Gallery, Columbia Road, East London. Alas the beautiful one time greengrocers shop space will stop operating as an art gallery at the end of March, apparently it is to become a vintage furniture dealer’s showroom for the foreseeable future. So three more shows starting with the very regimented very square two week Nothing in Square Pt.2 group show – the Nothing is Square format or series to whatever you wish to call it stated in the very same space back in November of last year, the plan is to carry on with the concept or format or idea or series beyond pt.2, I expect the third, fourth and fifth parts Nothing is Square to be along sometime soon. As you probably know by now, every piece of art in the Nothing is Square shows has to be on a 20cm x 20cm canvas, this is the very strict rule, one of the very few occasions that we demand that rules aren’t broken. 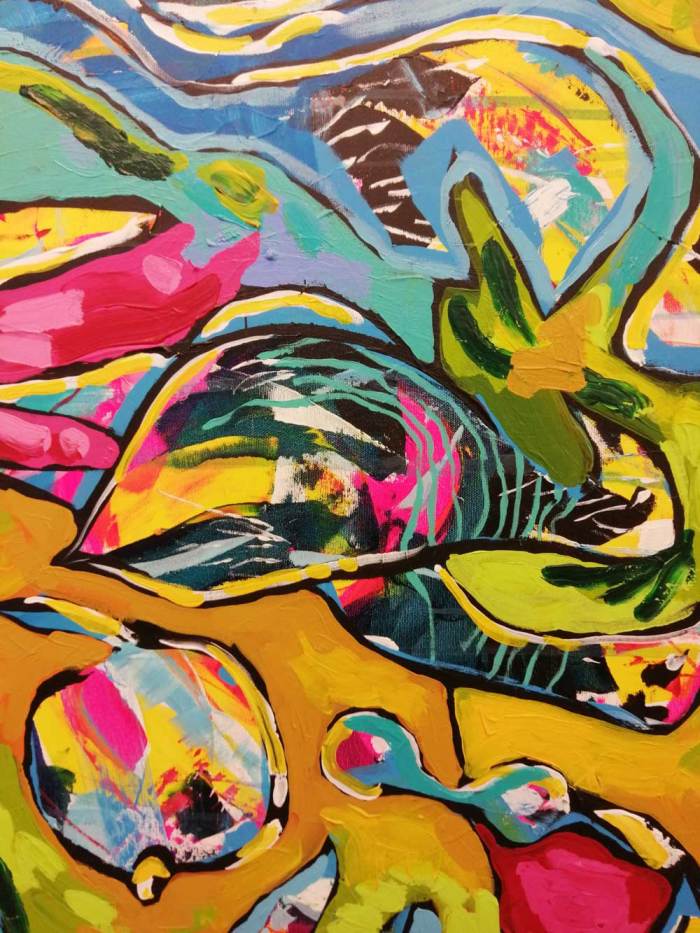 The second show of the three that will make up the March Columbia Road take over is another group show, a show called Insert (Title Here), the show, opening on Thursday March 12th will bring together several artists, mostly painters, although we have already handed over the plinths to self-declared “Artist, taxidermist, antiques collector and fetishist” Mia Jane Harris. The walls of the gallery will be about painting, Emma Harvey and myself, Sean Worrall, will be inviting three or four painters to come and join us on the walls of the gallery, we have already invited one of our current favourite painters and Cultivate regular Yulia Robinson to come back and follow up her excellent solo show with us last year, we’ve also invited John Gathercole, on the strength of a rather exciting new painting he posted on line last week, to come and insert something, the final painter(s) will be invited and announced in a moment. Insert (Title Here) will run for two weeks before one final short sharp show that we have yet to decide on, one final show in the gallery on Thursday March 26th and run for one last weekend before we leave the building for what will probably be the very last time.

It might be the end of Shipton Street Gallery but it isn’t the end of our Cultivating, as those of you who have paid close attention over the last eight years will know, Cultivate has been nomadic for sometime now, we kind of like it like that, from our early days and several years on that that now almost mythical Vyner Street corner we’ve roamed to temporary homes in formal white walled galleries, in condemned industrial warehouses, to car parks, shows in beautiful Edwardian dress shops, on market stalls, urban flavoured basement spaces, shows as seaside treats, in big office blocks and of course the on-line shows, the three March shows will be followed with more physical gallery shows later this year, we are plotting new artist-led shows in new places and spaces right now, meanwhile, we haven’t done an on-line show for a year now, Attract went live on line back in February of 2019. you can still view it here, as you can all of our on-line shows, there’s been six now.  time for a seventh don’t you think? 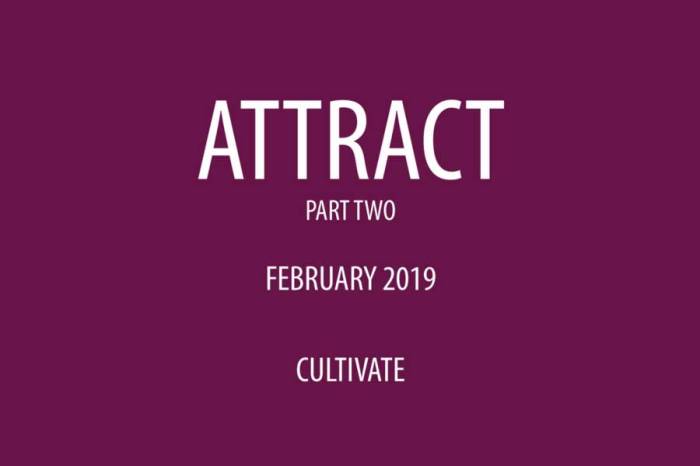 43 ARTISTS will be the seventh on-line show from Cultivate and we think the 155th Cultivate show since that Netll Market takeover back in the summer of 2011.  Something like 155 anyway, we might have missed on or two. we’ve always been about looking forward rather than backwards. 43 ARTISTS will open on-line at 8pm Monday April 13th.via the Organ magazine website at www.organthing.com and via the Cultivate gallery website.  We will be personally inviting the majority of the artists but once again, the flow of artistic new blood is very important, there will be an open call aspect, we will announce this next week when we announce the final confirmed line up of the Nothing in Square Pt.2 show 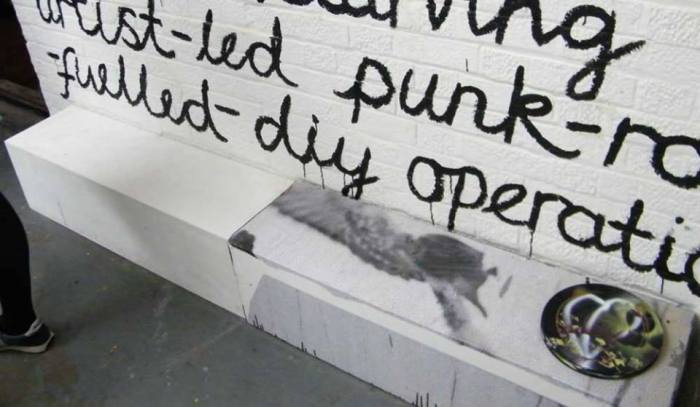