FEB 25th, Monday Monday, and as I’ve said before, there never is time to really attend to the gallery blog. It is important though, as we’ve said before, Cultivate is about open doors, communication, social media, our Facebook pages, this blog. Telling you what we’re doing. It isn’t about the organs of publicity or some sort of notion of hype, it is about being open, about de-mystification, about including people rather than hiding behind closed doors and art-school ideas of how a press release should be written. Social media is part of the environment, Facebook photos, twitter announcements, WordPress blogs, interaction, and there’s  never enough hours in the day.

Last Thursday Yeastie Girls opened, it may have been very very cold, sleet and snow in the air, wind crashing down the road in that almost unique Vyner Street way, but that was one of the busiest nights (outside of a First Thursday, well actually, maybe including First Thursday)  Emma Harvey put the show together, threw out the questions, gathered together the artists. We’ll have some proper words and thoughts about Yeastie Girls, the art, the event, the artists, the responses, the opening, the weekend zine event and more…  For now I shall just say a big big thanks to everyone, tell you the show goes on until March 5th, usual gallery opening hours, and right now I need to get on with a Monday of gallery admin and sorting out the next shows and keeping all the plates spinning, can’t stop here or it all comes crashing down around us (as it inevitably will). The Yeastie Girl show goes on, come join in.. Here’s a taste of how things have looked so far, there’s lots more photos in the Facebook album…. Come add to it…

Right then, off to sort out the art for the Spring show, and Red Revised and the week in between the two? Mo time to paint, only time to exclaim… (S) 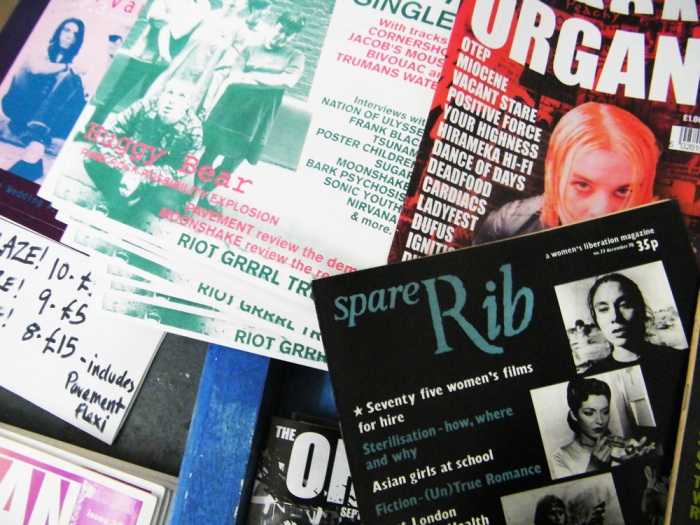