Some thoughts on the evolution of Cultivate….

Been a month and a bit since we evolved it all, six or seven weeks actually, doesn’t time fly when you’re busy growing leaves (and not exclaiming! Been twenty seven days since I last exclaimed, resolutions are for keeping!). Growing leaves beats herding artists, It really was a case of evolve or close, we’d taken the original idea as far as our artists-doing-it-ourselves curiosity needed to take us, we discovered a lot about interactions, art and the way people like to explore galleries and the art they find on the walls, we discovered lots about how galleries work. We mostly had a great time, a positive set of experiences (we made friends with lots of dogs, dogs like to visit art galleries). Two and a bit years was enough in terms of the constant dealing with dozens of needy artists, and yes we did toy with just closing the space and clearing out the street for good (I’m a paint-throwing artist, I have no desire to be a gallerist or some sort of big fat commission charging art dealer). 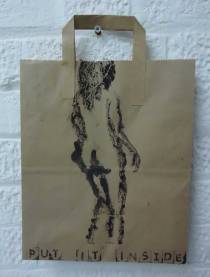 Yes, we considered closing, two and a bit non-stop years, eighty shows, Cultivate Vyner Street really had run its course in terms of a gallery, – enough all the putting on of group shows, the selecting of art, the coming up with show themes, clearing up artist bulpulp, birdpoop, the bats, the street-artist ego-fall out and the rest it (it doesn’t take a so-called street artist long to develop an ego in this town, couple of ‘likes’ on Facebook and a namedrop from one of the dozens of street-art tour guides currently falling over each others as they clog up the streets of East London and whoosh, watch that street-artist ego inflate.  We do like our corner space though and Vyner Street, as riddled with annoying faults (and annoyingly closed doors) as it is, still entertains and excites us.  We hope we still entertain it, we hope our evolved space excites you. 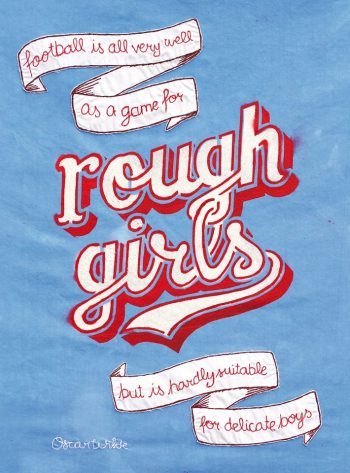 So, yes, we’re still here on the corner, still in the same place, doing it in a slightly different way than we were, same attitude and energy though, same commitment to being open and accessible to those who choose to come explore the street, the galleries and spaces. Some people seem a little confused by the changes we’ve made, all very simple really, we’ve evolved, the gallery once called “Cultivate, Vyner Street” is now called “Cultivate Evolved”

The space is now called CULTIVATE EVOLVED, there are eight in-house artists, we’re permanent (well as permanent as anything ever is) we each have our own piece of wall to use in whatever manner we may see fit.  We have two guest spaces, we have new guest artists occupying the guest wall space every two weeks – all very simple and hopefully all very easy to make sense of (come on, please stop telling us you’re confused about what we’re doing).

Actually, the evolution of Cultivate started fifty days ago now, Instead of closing we saw fit to evolve the space and suck it all up a little more. So yes, we’re still here, on the corner, a committed group of artists making up our own rules as we go along – artists just doing it, some a little more committed that others but it is early days and we have had all that Christmas and new year nonsense in the way, I’m sure the walls that haven’t evolved that much yet will do so soon, the personalities of the individual artists will start to emerge with the spring light – we’re finding out about each other, things are evolving. And when Emma and I pulled this group together, we saw it very much as a diverse set of individuals with different outlooks and styles, rather that a collective thought – we clash in a positive way, we contradict each other, we hopefully challenge each other a little, we share a space and an ethos rather than one artistic vision.

Are we having fun yet? Okay, art isn’t fun, well it is, but it isn’t, keeping a space alive during the art-apathy of winter really isn’t fun, why does the art of making and showing art have to stop for inconvenient trivia like Christmas and new year? And why does it take in something like a month of relative apathy on each side of the festive consumption? The light may not be so good, and the weather might be a little less friendly at this time of year, art really should be a commitment though shouldn’t it? Well running a gallery should be, and really if you’re lucky enough to find your space existing as part of something that really is bigger than just your space, something like the beautiful thing that is Vyner Street, then you surely should commit to that as well? There’s a few people trading on the back of their Vyner Street addresses without really making any contribution to the street, you’ve got to contribute to make it work.

This week we are joined by BEN NAZ and his street art flavours, and by the wordery of QUIET BRITISH ACCENT, their work goes up on Wednesday, we’ll be open, as always from Thursday through to Sunday (11.30am untll 6pm) or by appointment at any other time. We’re open late this Thursday evening, find us there until 9pm, find things going on next door at Wayward gallery as well. 2014 is finally  waking up down Vyner Street, things are evolving, we’re feeling rather positive about it…

More about Ben and QBA tomorrow….

One thought on “A month and a bit in, some thoughts on the evolution of Cultivate and things….”