The Something Blue show, featuring around 50 artists and 130 or so pieces of art, has now been visited by over 10,000 people from all over the world, meanwhile the red and black shows continue to be regularly viewed via both the Organ magazine website and the Cultivate website.  Response to all three shows has been rather positive, I think we can say the experiment is working in a rather positively interesting way, I rather think there might be more carefully curated on-line art exhibitions from Cultivate and Organ in the future.  The on-line shows are not meant to replace the physical art exhibitions, of course they aren’t and art really does need to be be viewed in the flesh, it really needs needs to be there hanging on walls or standing there living and breathing in three-dimensional space, you need the smell, the sound, the texture, the atmosphere, but but but the internet exists, we all view art on line, we discover artists on line, we even buy the art we collect on line, we decided what we’re going to go and explore in flesh by looking on-line.

These shows are not there to replace the physical gallery shows and the things we do in formal white cubes, in old warehouses, underneath railway arches, in less formal art galleries and spaces, in studios in Hackney or basements in Dalston, they are not a replacement, they are there to supplement, they should be viewed as something extra alongside the physical shows.  We thought we’d curate the three shows on-line and let them slowly evolve and spread and then consider the response, consider how we feel about the three experiments and then decide if there should be more. They have been time consuming, they don’t just happen, it has been rewarding, interesting, most of it has been positive, shall we do some more?  We’re probably starting to think about another couple of shows to follow these three any moment now. If you haven’t explored that Something Blue show yet please do, the link is in the comments. I imagine there will be one open call show and one invite only show set in motion any moment now.

The Facebook event page tells you the Something Blue show ends today (or tomorrow), but that’s just annoyingly stupid Facebook rules, there is no reason or indeed no plan to end the blue show, it will be there (alongside the red and black shows) to explore for the foreseeable future.

The whole show can be viewed via the Organ page and this link, Cultivate Presents Something Blue, An Art Exhibition…
Here’s one of the images from the show, the work of duo Jawbone Jawbone 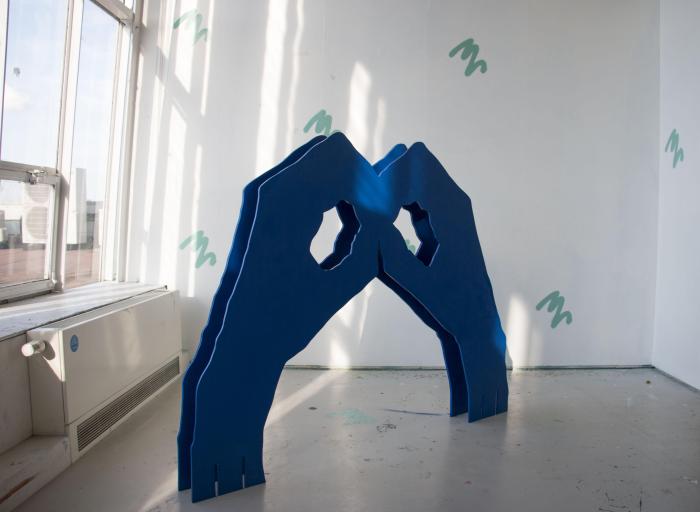