I saw it First, I want It Worse, Columbia Road, September 2018 – Sean Worrall

On we go and for the sake of clarity, with the Columbia Road takeover or residency or whatever you wish to call it, on we go with the six weeks of cultivation at East London’s Shipton Street Gallery down by the flower market and all that that involves. The shows so far have been lots of things, they’ve been exciting, stimulating, well for us anyway, I hope they’ve been engaging, spontaneous, friendly, the Second show goes on for one more long weekend, if you need to know more, go here and explore the words and images on the Organ pages.

Show three will be a slight evolving of part two, a short sharp three day evolution for one weekend, new paintings,  maybe a guest artist or two, come explore the evolution, as we said, we like it spontaneous…. 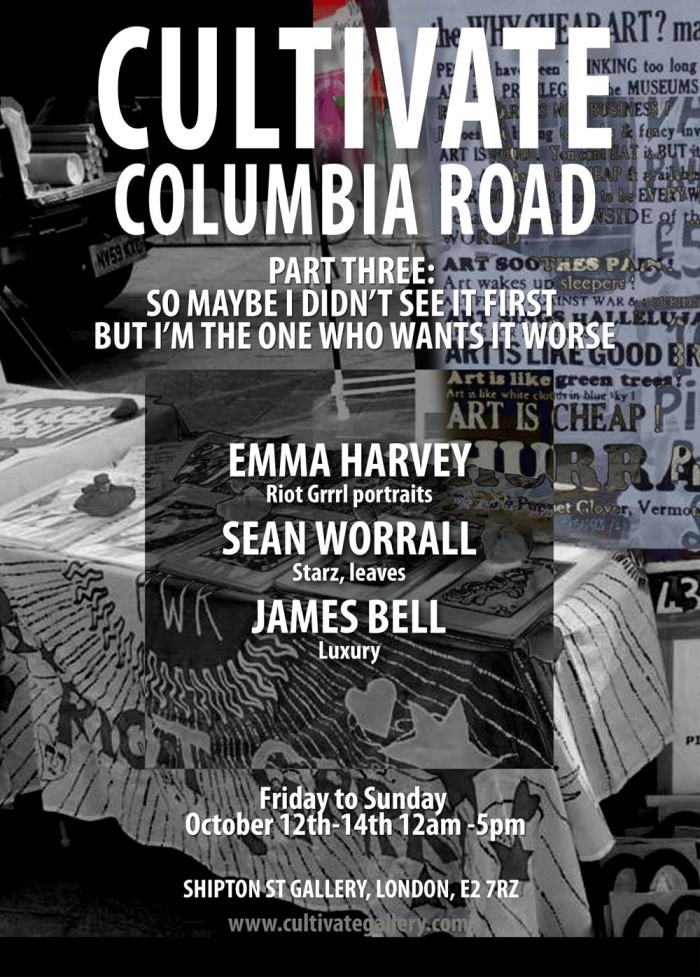 And then the final two week group show, a group show called “I’m Gonna Ask You Again”, thanks for that Rachel, watch this space, we’ll tell you all about part four once part two has ended, it would be rather rude to start announcing the next artists and fourth show until show two has been brought to a conclusion….