A blog from last Friday that there wasn’t time to post at the time…. these are busy times, nothing gentle here, evolving is not a gentle art! Here come some words from last Friday, the second day of the space now known as Cultivate Evolved….

So did everyone pick up their art after all those warnings? Of course not! 27 months of people not collecting art at the end of the show their art was featured in. “I’ll definitely be there on Thursday” said whatshisname, he’s been saying that for the last two years though. We’ve still got sculptures, ceramics, paintings, framed drawings, canvas beasts, giant prints, tiny prints, clearly all of them unwanted (well we still had all the uncollected last Friday when I wrote this, all gone now though, save for a handful of pieces that are still on sale at Cultivate Evolved until Jan 1st when they will all be gone in one way or another as well).

You artists can’t say you weren’t warned, we posted about it, we blogged about it, I sent you private messages, e.mails, texts, phone calls, we made it very (very) clear to you all that your art needed to be out of building by 8th December, we’ve been saying this for months, “pick up you art” we yelled again and again.  The girl who sent a taxi and told the driver I would pay at least made an effort! Wonder if he ever did get paid for his trouble? We certainly didn’t pay him.  Mind you she never made an appearance at the gallery during the three weeks of the final Cultivate group show that her three pieces of art were hanging in either – sent someone else to deliver it (he turned up late, got lost on the way, kept me waiting for ages after the seven hours I had said I would be in the gallery waiting for artists (seven hour window, surely that was enough for you to get there on time!). Confused lost friend sent with work at the start of the show and then she sent a confused taxi driver at the end of the show.  Her art was on the wall for three weeks during the Art Is For Life show, we never saw actually saw her at anytime during the three weeks of the show, I kept getting texts asking if she had sold anything yet? Woke my up just a god-knows-what-early-hour-of-the-morning the day after the First Thursday tequila flavoured larger frenzy at Wayward (how do those Wayward guys do it? Never seen so much free drink in such a small space, they hardly ever open yet they’re almost always drowning in sponsorships, press coverage and free drink! Maybe our mistake was actually being open? Got to love Wayward and their endless flow of strangely-flavoured beer).

So we closed the gallery somewhere near midnight on December First Thursday evening and finally got to bed (after posting all the photos, this really is non-stop) around 3am, and taxi girl is firing texts at us at 8am next morning demanding to know if she sold anything! And you ask why I keep exclaiming!!  Little tip taxi girl, if you’re going to text to say sorry you couldn’t make it to the show or that you couldn’t publicise your involvement in any way via your website and social media pages because you’ve been very ill all month and not had time, please make sure said Facebook page backs this claim up rather than being full of photos of you out partying and hanging our at other people’s art shows all week!  Shame really, rather liked her art, so did a lot of our visitors over the last three weeks – it isn’t all about dales, or about sales, or annoying texts asking if you’ve had any sales!

it isn’t all about sales (or dales)

Dales?! We’re nowhere near the Dales (unless the rich Yorkshire tones of AK47 are booming around the space, then it all gets a bit Yorkshire Dales and “ay up”). No, we’ve not been running a shop, it isn’t all about sales, dales or artists who can’t be bothered. Artists who can’t be bothered is one of the primary reasons for the evolution of the space…

We very much doubt taxi girl will ever be one of the artists occupying the guest space at the freshly evolved Cultivate Evolved anytime soon. Yes, it is mostly about the art, and yes the reality is that we do need to sell our art, but it really has to be about the ethos, the attitude, the commitment as well as the art you create, If you don’t really care about your art then why should you expect anyone else to care about it? Why should anyone else have to think your art matters if you don’t?  Art matters, ethos matters, work ethic matters, your art should matter! 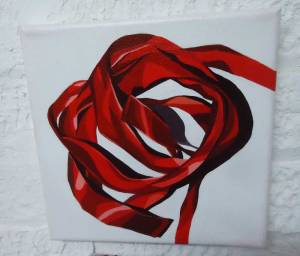 And so the gallery known as Cultivate Vyner Street closed after two and a quarter years of non-stop shows, artist calls, events and so much more. The last person out of the door before Emma and Ilocked up, just after 6pm on Sunday December 8th, was a very enthusiastic Frenchman with skateboard under his arm – it was after 6pm because he kept us talking about and the art before he left with a piece of hand painted vinyl and a couple of other small pieces he had bought. A fitting way to end things before the Cultivate, Vyner Street space evolved we both agreed….  Two and a quarter years, we locked the door, smiled at each other and yes, I think that was something that did matter, I think on the whole we can be pleased with what we managed, against the odds, to do, I think we can feel pleased about Cultivate Vyner Street.

And so, CULTIVATE EVOVLED… No more group shows, themed events, no more artists calls, opening and no more me having to deal with taxi girls and the rest. Just, as we hopefully have explained already, an art space being used by nine permanently based artist, and one space for a guest artist…

THE GUEST SPACE at CULTIVATE EVOLVED…

And so, even though we have now completely evolved the way we are going to do things at Cultivate, it is still very important that there is some space for guest artists, for fresh artists, for artists who have been involved in past shows, for superstar street artists, obscurists, abstactists, for print makers, photographers and whoever would like to potentially come get involved and be seen on our walls. We will be picky, we will be  selective, it has to work for the space and excite the nine of us.  Over the past two and a bit years we’ve enjoyed being one of the first London gallery spaces to show work from then emerging artists like Alo. Mydog Sighs, Sixone Six, Zoe Crosse Carne Griffiths Artist and loads loads (loads) more, indeed in some cases Cultivate was the first London gallery space to show some of the artists you now regularly see taking part in shows and events all over the city. We’re evolving Cultivate, Vyner Street, the space has been re-named and Cultivate Evolved opened last Thursday, still very important that we still have space for fresh exciting artists alongside the nine in-house artists that will be using the evolved space,

We will change the guest artist every two weeks, each fortnight a selected artist will be given a space 120cm wide and 290cm high, approximately the same space as the nine resident artists have.  We’re programming the guest artist space for the first three months of 2014 right now. if you want to be considered as one of the guest artists then please make contact via info@cultivatevynerstreet.com (taxi girl need not apply)