The Art Car Boot Fair season is upon us again, this year, the twelfth year I think, there are two official Art Can Boot Fair events.  The London leg is this coming Sunday June 12th, and next month we’re all off to the seaside and Hastings.  London is always the big one of course, and one of my favourite days of the busy art year, we’re excited, six days to go…

Once again Sean Worrall and Emma Harvey (Cultivate founders) will be joined by a couple of selected guest artists, this year we have the pleasure of inviting our regular collaborating duo of word-smiths Quiet British Accent and London’s rather buzzing contemporary street art flavoured social commentator Skeleton Cardboard. The Four of us (five if we count QBA as a duo) with share the Cultivate “boot”, Cultivate has always been about bring through new names, so we are particularly pleased to introduce Mr Cardboard to the Art Car Boot Fair crowds.

Sean Worrall will be producing a series of 43 small canvas pieces, a numbered series of paintings called “Sometimes They Have Thorns (Small Ones)”, each an original painting on canvas, each one numbered, signed and on sale at £10/£20 each and each one featuring the evolving ‘leafheart’ tag that is Sean’s signature.  Once again there will be what has now become the traditional One Hundred Pieced Piece for the Art Car Boot Fair from Sean Worrall. A One hundred Pieced Piece has been produced exclusively for the Brick Lane Art Car Boot Fair for the last four years, a piece painted in one hundred parts on recycled pieces of cardboard, each piece numbered and signed and on sale at £1 a part with the intention of the art being accessible to everyone, especially to kids experiencing buying original art and encountering artists for the first time (the Art Car Boot Fair is all about interaction)

Emma Harvey will have some of her recent series of hand painted beautifully detailed vintage 78rpm record sleeves at the fair. We believe the Art Tart might well make an appearance with her delicious art tart cake paintings, badges and more again this year. The Art Tart cream cakes and jam tarts only ever come out for the Art Car Boot Fair (and she might have something to do with Emma Harvey’s slightly mischievous alter ego? We can’t confirm that though).

WHO ELSE IS THERE? THE FULL ARTIST LINE UP….

The full artist line-up for the 2016 Brick Lane Art Car Boot Fair has been officially announced this morning. Always one of the best days in terms of the ever busy London art Calendar, a day when art let’s down his or her hair, smiles and engages in a great big Brick Lane car park full of artists, colour and some (very affordable) creativity, looks like another exciting line up for June 12th….

“This year our theme is The Hand and we have lain down the gauntlet to bring you the most eclectic hand picked line-up ever… So here, at last, are the players. Brick Lane Yard is once again our stage and we welcome you all to join us to make it the most amazing Art Car Boot Fair to date 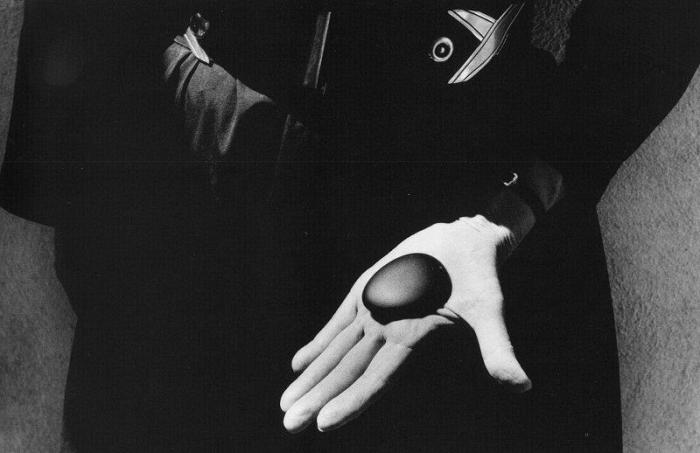 Join our street party in a carpark at midday on June 12 and raise a glass to 90 years of our fabulous handwaving Monarch to boot!  Peerless commemorative pieces to match no other, from Sir Peter Blake, Christian Furr, Keith Coventry and many more, plus lots of hand-made art…handwaving, clapping, palming and shaking…with added spanking, boxing and a multitude of other hand gestures. Come early, the gloves will be off for the first hour then relax and enjoy an afternoon of art, frivolity and fabulous entertainment. 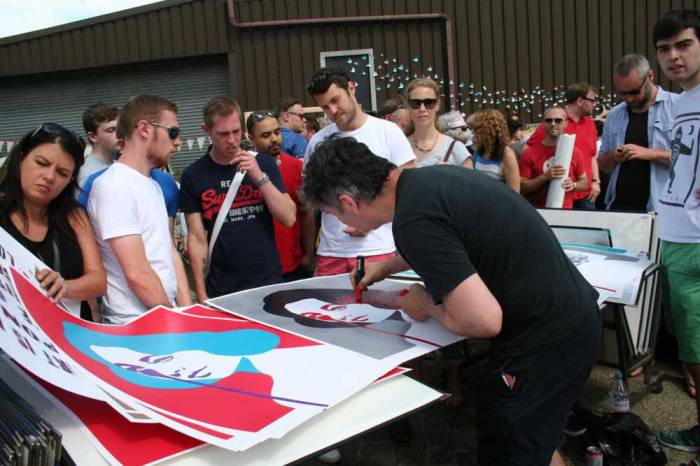 Here’s a bit of flavour of previous years from the Cultivate boot and such, click on an image to enlarge or rum the slide show….