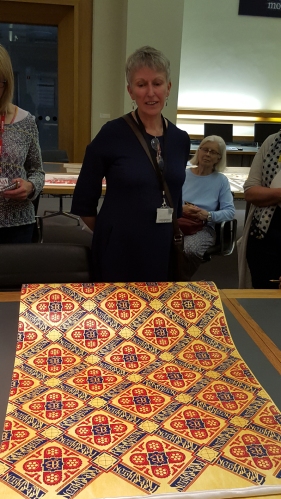 Debased is almost upon us, we’re rather looking forward to it, I’m especially looking forward to seeing Ian Bailey’s work in the flesh. This will be Ian’s debut in terms of Cultivate. he was last seen at the V&A where some of his wallpaper was on show

Debased in about cross-pollination, about artists who probably don’t cross paths that often sharing space together, we rather like the idea of street artists sharing space with contemporary painters, performers, print makers, dress makers, and in Ian’s case, someone who created beautiful hand printed wallpaper.   There’s something exciting about a good repeat pattern, especially a slightly rebellious one – “Student of the late seventies and still angry. Ian’s art and repeat pattern wallpaper designs are inspired by Pugin, Strummer, Jamie Reid, Ickey, Banksy, Orwell and Delia Smith CBE” I’d throw William Morris in that pot as well but then William is a slightly rebellious hero of mine and I am a frustrated textile designer,  I was delighted when Ian asked if he could take part in Debased, I can’t wait to see his wallpaper hanging next to a This One Canvas or an Emma Harvey painting or one of Adam Espira’s rather strange pieces, I love pulling together a good group show and mixing things up a little. (sw) 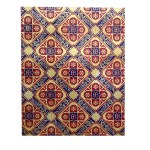 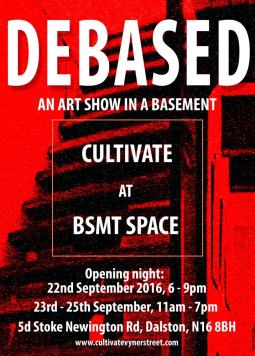 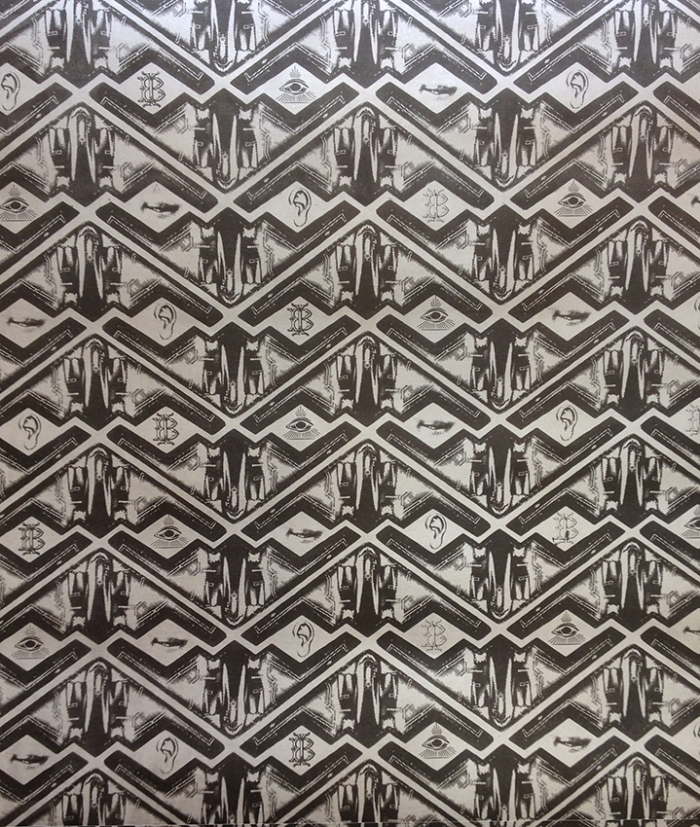