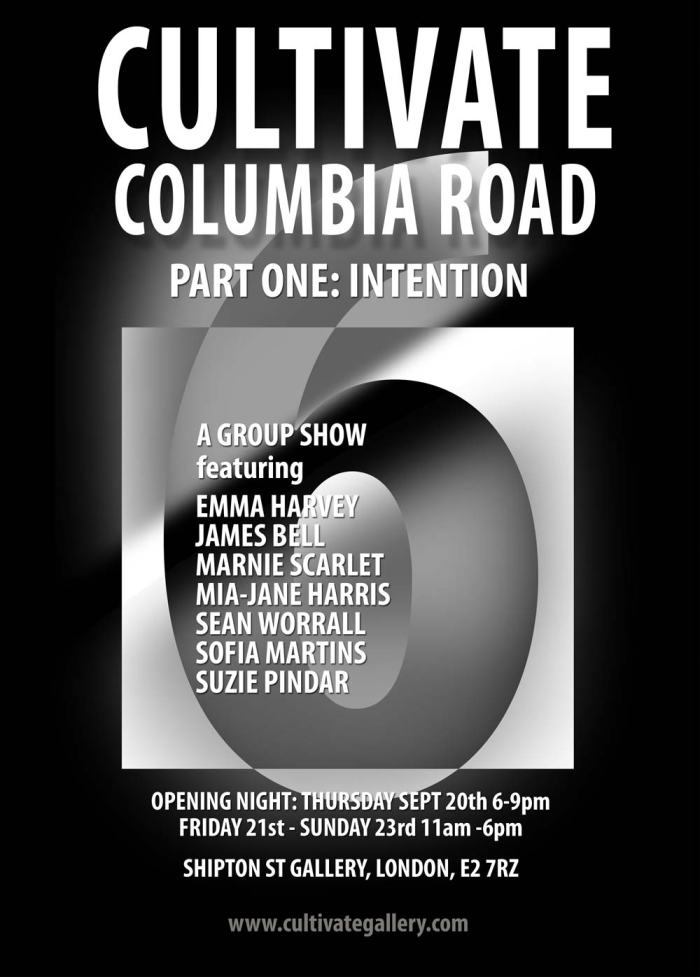 Intention is the first of a series of show from Cultivate  at Shipton Street Gallery, a beautifully intimate gallery, just off Columbia Road here in East London. Intention will be the opening group show and the first show of the six week Cultivate residency at the gallery. The space is just off Columbia Road, East London (which in turn just off the Hackney Road and right by the flower market and all that comes with that on any given Sunday) .

Opening night for the first show will be on Thursday September 20th (6pm until 9pm) , the show will then run from Friday September 21st until Sunday 23rd (11am until 6pm) before it all comes down and we get read for the second opening on Thursday 27th (more about that later). Entry to the show is free, everyone is welcome, no need to get on lists or any of that nonsense. This will be the first of four shows at the gallery from Cultivate over the six week period, we’re rather excited about the take over and the different things we have planned.

87: Marnie Scarlet leaving a previous Cultivate show after her performance

The intention is kick off the six week takeover with Intention, a short sharp group show, a mixed media show featuring the paintings of Emma Harvey, the intrigue of James Bell, performance and artwork from Marnie Scarlet, sculpture and assemblage from Mia-Jane Harris, a leaf or two from painter Sean Worrall, the very painterly photography of artist Sofia Martins and attitude of mixed-media artist Suzie Pindar.  Expect cross -pollination, expect busy walls in an intimate space, expect an energetic artist-led art show 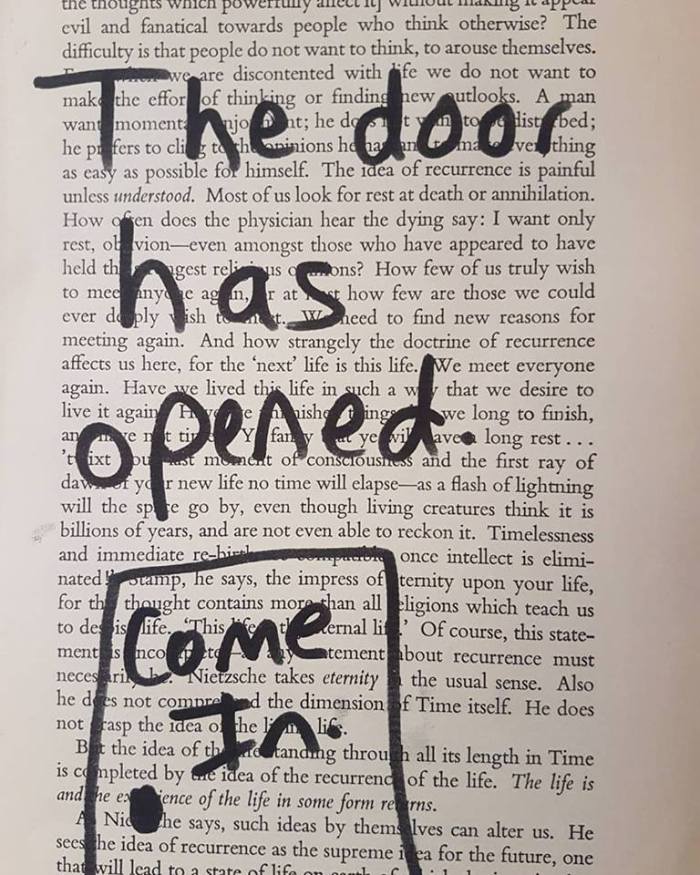